The position of pacer is where you sit at the front of the boat and dictate the ‘pace’ of the strokes. There are two pacers, the left and right and normally a ‘lead pacer’ which takes charge in leading the pace and the other pacer follows. Some would argue this is the hardest and most important positions in a team. It requires technique, strength and stamina and above all else, composure. Here at the Windy Pandas, we run down the Pacers we have had over the years. 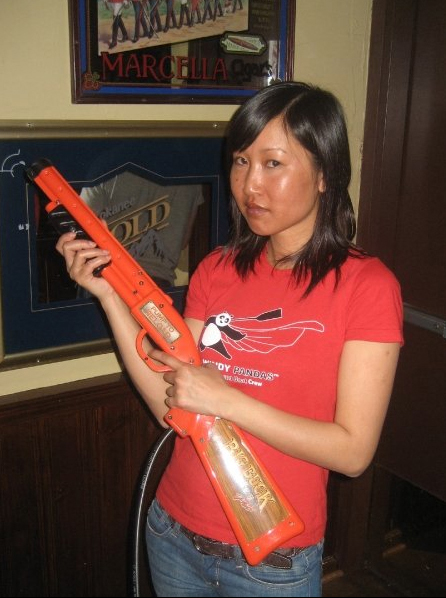 I met this lady after she announced herself in my flat and shouted “Uncle!!!”. Apparently, she has a really good looking uncle and we share similar facial features. We have been friends or “family” ever since. I recall chilling in Hyde Park on one hot summers day with my friends, when she asked me; “Uncle, can I paddle for you guys?” I did not need any encouragement. Meme have had two years of paddling experience and was exactly what was required on a very rookie team. On the day, she offered advice and in true Meme style, kept it short and to the point. She only did it as one off and soon was part of the Typhoon team but she lost her motivation and retired from the Dragon Boating scene. Her nickname comes with her love of the card game Poker. She will be remembered for the one that paced for us to set us up for that podium finish in Bewl Water. Meme is great fun to be around, she likes to laugh, admittedly, at other people. She is now often found in bed or playing online poker and still calls me Uncle.