If the first row, i.e. the pacing row is important, then some would argue row two is just as important. Their role is to protect the pacers, ensure the timing is absolutely perfect and assist the pacers. Further to this, row two’s paddling skills must be up to scratch; timing, reach and power are all vital.

I met Ollie I think, through Caroline (another fellow Panda) and got to know him well when we met up in Hong Kong around four years ago. I recall great (and long) gaming nights with this guy, sometimes playing till endless hours in the morning and hearing the bird tweeting. When I was looking for new members to join, I knew this guy would be great at the sport. Ollie is naturally competitive, has great fitness and good hand eye co-ordination. Just like Cain, he picked up the sport like duck to water. Within two or three weeks, he was already training with Typhoon and in their first team. That spoke volumes about the ability of this man.

He only raced in Bewl Water in 2008 in that infamous debut race, but I do recall vividly how he paddled that day. Strong, fierce and determined. Absolute gem. In true Ollie style, he was not too happy with our second place and I remember his reaction about not winning, but that’s just Ollie. I wouldn’t change him for the world. After the Pandas, he became part of the Typhoon DB Team first team and paddled for a couple of years. I actually think, if he put his mind into it, he can be part of the GB squad, thats how much I rate this guy.

He now can be found as a restaurant owner  in Surrey, UK and has taken a break from the sport. So here you go Ollie, some free advertising, just for you. Here at the Windy Pandas, we wish him every success with his new business venture.

Go check it out!

Even though he has less time for the sport, he has still managed to win gold at this year’s Chinatown Lions. Congratulations! 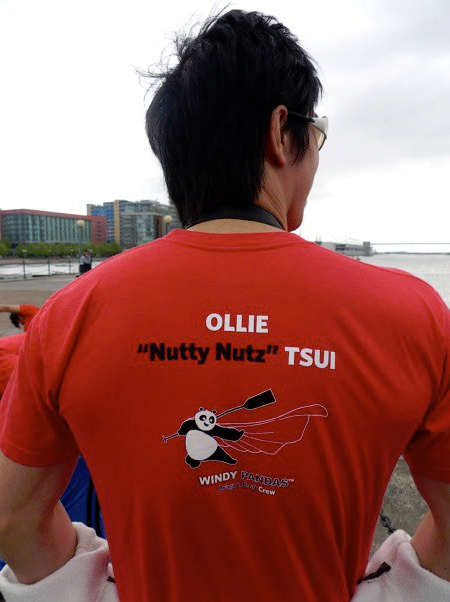