As a celebration to mark 5 years of hard work, determination, dedication and immense team work from all the Pandas, on Saturday 12th May 2012 the first ever Panda Day was held at the London Regatta Centre.

An amazing gathering of people all the way from G1 to the newbies of this year attended this massive event to celebrate what the Pandas do best, having fun and paddling! 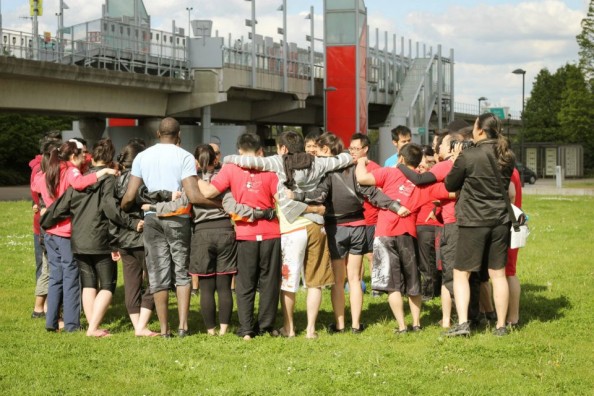 The first event was a 100m race. Three people from each team were chosen to compete in the race. Phil grabbed the first victory for ‘It’s all about winning’ in his bare feet! Some tough chinaman feet indeed! 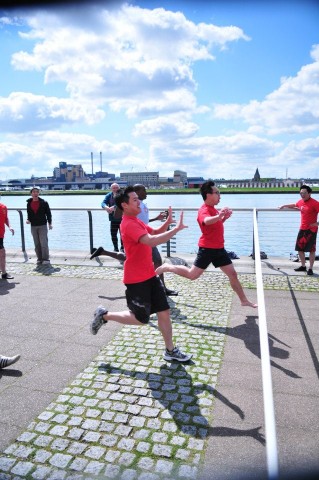 Then a fierce competition broke out with the men’s and women’s push up and hula hoop challenge. One female and one male were chosen to represent their team for the 2 challenges. ‘You know noTing about winning’ managed to win both challenges and Fanta managed to impress everyone with her amazing hip power! It was very entertaining watching the battle from the boys who were chosen to represent their team in the hula hoop challenge. I guess a rematch sometime? 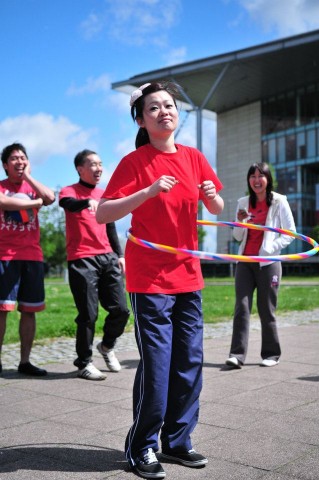 A break followed shortly after for everyone to refuel (some of whom could not stay away from their weekly Saturday dosage of dim sum and ordered take-away), the water events began.

A handful of races took place with some added twists from Captain Jez. Both teams showed huge enthusiasm and even though they were met with challenging challenges, nothing could break the team spirit between the teams. Being a newbie and still getting into the hang of the technique and timing, I knew that it was going to be a little hard for me but that did not stop my determination to win of course.

Loads of talk about who is on top and who’s sliding under was mentioned in the turn around race and no names mentioned *coughPolcough* was getting very excited with this event. I really enjoyed the turnaround race because logically, everyone was thinking about how we would turn the boat around and when Jez prompted us that we could just simply turnaround in our boats and not have to steer the boat right around. It was such a clever idea and it makes you think outside the box. During the event, we were more graceful with our turn around whilst the other team all got up at once to turn around. We were thinking that if each row turned around at one time, it would minimize our chances of capsizing. Obviously, the other team did not care and they all done it at once, which, to give them credit, they did actually win the race. I guess next time guys, we have to just not care and go for it! 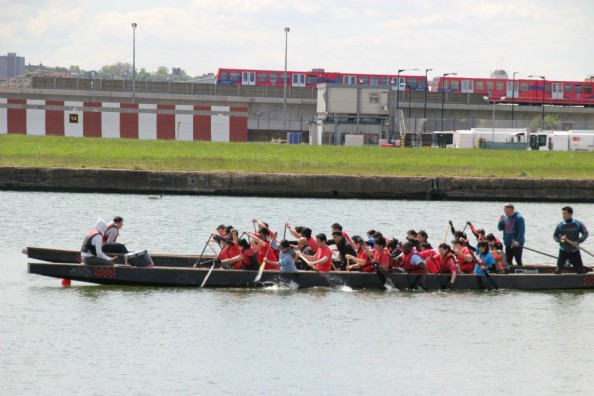 Added pressure came when I had to sit next to Vo in one of the races. He kept on shouting and encouraging the team and I kept stopping and I could see in the corner of my eyes that he was giving me the dirtiest look for stopping. The race was so close and I really do not get how he can chant and paddle at the same time. But hats off to everyone for paddling my share. However I do blame the 5 sandwiches, biscuits and crisps I had. I was warned not to scoff the whole world down my throat but I guess it was just overwhelming seeing so much food

The food challenge race was probably one of the most talked about race and comments such as ‘I feel sick’, ‘I like eating melted poo looking Mars Bars’ and since then, loads of rematch talks have been mentioned. I was surprised that no-one was sick from eating the food and then being pulled by the boat. Rocking and eating, rocking and eating *puke* but then again I was sitting infront of Pol who offered to eat for our team so I guess it was a good thing that they were not sick as I would have not wanted to smell or be covered in Mars Bar sick.

The races took the teams into a tie and the final Tug of War was the decider for who would be crowned The Winners of Panda Day 2012. At first I thought we were playing this either on land or have a rope inbetween two boats (do not ask when I thought of this), when in reality, our aim was to push the boat in our favour. It was really exciting and I felt very proud that the girls (Alan included) won it for the team in the second round as the other team won the first round. It was the best out of 3 and it was neck and neck till the very end. 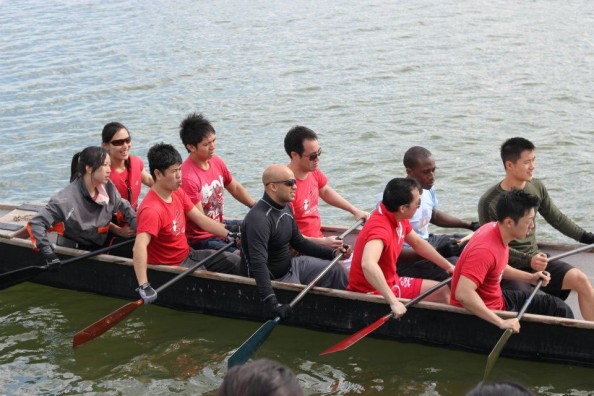 ‘It’s all about winning’ managed to power through the final round of Tug of War and were the Winners of Panda Day 2012. A little disappointed that we had lost to the other team but it was a very close competition between the two teams. They reckon we had an extra 2-3 team members so I guess we had to give them that win otherwise they would have kicked up a fuss and said that we were cheating. 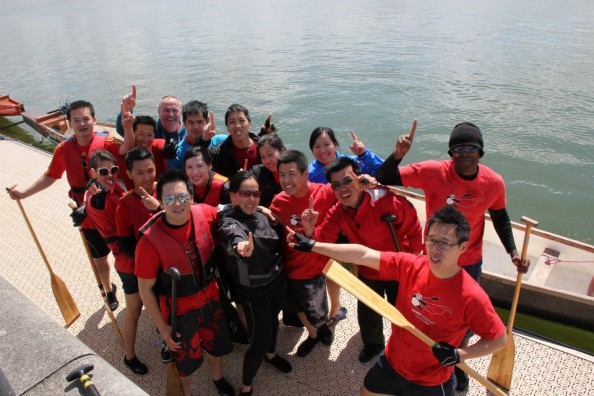 Of course the day could not have ended any better with some birthday dunks. Belated birthday wishes to Bing and Ting..! Hope you guys enjoyed the salty water. Not to mention how Vo was so angry that we lost that he took it out on Ting nearly injured her *ouch*. Hope you are not too scarred from it Ting!

All in all a very well done to both teams for being such great sports and making it such a fantastic day out. It was my first social/team bonding session with everyone and it was so much fun right from the beginning to the end (why did I not get into this earlier?).  Being a more newer member of the team did put me at a disadvantage as I was not a strong paddler but no-one minded and I think that was why the day was so enjoyable.

A big thank you to our one and only Captain Jez ‘Jokey-Jokemaker’ Cheung for planning such an eventful and fun filled day. A special thank you to our coach Paul who has been such a great teacher throughout the years of joining Windy Pandas and of course, having the patience to teach me in these past couple of weeks.

I hope that there will be many more Panda days to come and hope that we can all continue to have fun and do exceptionally well for all upcoming races/events! 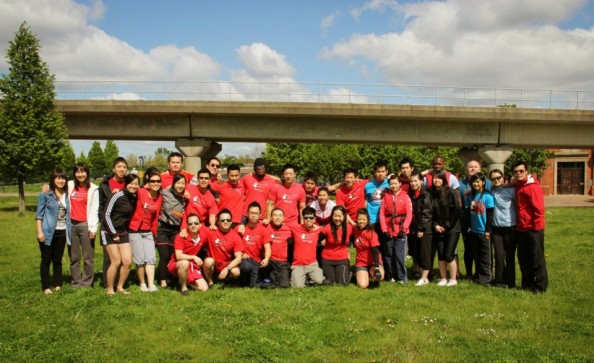