Back in February we had a social meeting to bat about ideas of what potential socials we are going to be doing for 2012. Myself and Ali both decided to host a ‘quiz’ night as we’ve both been to a few quiz nights and it’s just some dude reading out questions over a mic, and the teams would have to get as many correct as possible, simple right?

Well this isn’t going to be any old quiz night, this was going to be a Windy Pandas quiz night! From the beginning, we knew we wanted a lot of variety and challenging questions but most importantly, we wanted it to be fair, fun and full of laughter!

An early decision was made to send a questionnaire to all current roster Pandas, asking them for interesting facts that nobody would know about. This provided us with an easy category of “Panda” facts, which brought up some hilarious responses!

Over the following weeks the categories slowly changed and were tweaked to make it a right balance of fun, funny, serious. Ali came up with the idea of having a baby photos round, so we started to collect photos secretly through our secret intelligent resources. Also with the mobile app “Draw Something” being very popular at the time, it was obvious we could have a Pictionary round based on Panda nick names.

We enlisted the help of Weng ‘Blue Steel’ Yu to help with hosting. This was the best decision we’ve made, as the extra pair of hands and the boy band member charisma helped eased the stress levels of marking, entertaining, scoring and hosting the whole evening.

24 Pandas turn up for the greatest quiz show of 2012 and it was good to see every one together with a mixture of G1,2,3,4s and a few fresh G5s together in one room. The Pandas were spilt randomly into teams of three with a G1 being the team captain.

The quiz night started with ‘Panda Facts’. The competitiveness of all the teams was truly overwhelming! The prize of a yacht and a years supply of MET Rx seemed to be spurning the teams on!

So, who falls asleep at the front row of an exam hall?  Who only baths every other day? Each team were shouting their answers out again and again and again…..when the answer was relived – the shock, emotions, cheers, screaming and shouting around the quiz room was unbearable! The disappointment on Ting ‘pouting at’ Yau face when she learnt that Kee ‘Lomantic’ Law couldn’t spell the word ‘A’ deserves an Oscar award.

We took a break for some bamboo time and everyone couldn’t wait for the 2nd half to begin? ‘What’s next?, What’s next? Everyone was asking.

Panda cubs pictures! Our secret intelligence supplied us with over 20 panda cubs photos. The surprise and embarrassment around the quiz table was fairly interesting – with certain pandas unable to recognise their own baby photo *cough* ‘slow-mo’ *cough*, Or perhaps the cuteness of all the panda cubs just blow everyone away?

“Biggest Guns” size drew a lot of attention in the room with Pat, Jack, Fai, Slow and Will battering out for the top guns award. What a shame Phil wasn’t there to prove he is better than 29s?

Towards the end of the evening, the competitiveness seemed to ease off a little and everybody was just enjoying the evening and having fun. All the hard work and preparation seemed to have paid off. Myself and Ali were very pleased that everyone had a good time and most things came off without a hitch!

I feel we designed a good quiz structure with a good mixture of knowledge and facts.  Feedback from everyone was very positive and most people mentioned how well organised the whole evening was – very good to know that our behind the scenes work was like a well oiled machine (pat of the back, Hi5!)

Final congratulations to team ‘Full Time, Part Time, Social pandas’ for their victory in the 2012 Windy Pandas Quiz Night and thank you to everyone who attended! 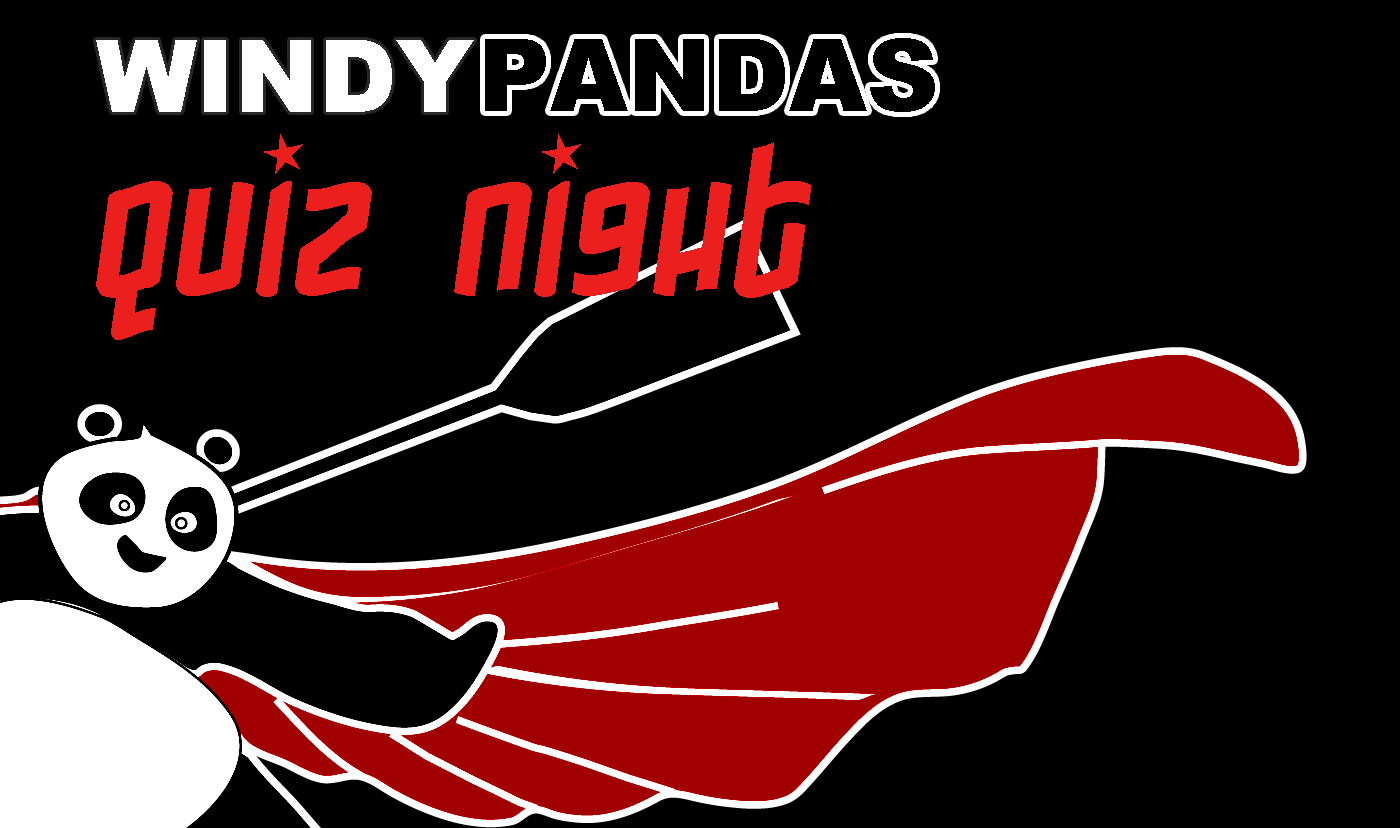 Written by Simon “I’m Worth It” Chang, with contributions from Ali “I love it” Chan