It’s our tenth year this year and what better way to celebrate our season than to attend the glamourous Panda Awards Ceremony 2017! The event was on Saturday 9th December and I was lucky enough to be invited. It took me a good few hours to prepare my tuxedo, style my immaculate hair and adorn my shiny shoes but alas, I felt like a million dollars. I was ready. I was accompanied by my gorgeous wife, Teresa, as we decided to take the Brexit crunching route of taking a ten-minute brisk walk to our train station and then an even more glitzy tube journey via the Central Line.

Upon arrival at the venue, I was greeted by the waiter who worked there. “I’m here for the best awards ceremony”. He looked at me. I looked at him. He looked at me once more and there were a least a good twenty seconds of silence before I said, the “Windy Pandas Awards?” to which he responded with “What Panda? Let me ask someone who works here”. I looked to the left and saw there was a reception desk and walked over, and they kindly showed me to the dedicated room the awards was in. I was getting nervous, it almost felt I was about to race in an event.

As I was walked upstairs on this neutral brown carpeted stairs, I am certain the team have deliberately installed this to match the walls. That is attention to detail. I walked into the main room where I saw Dave and Kit, slightly stressed and still in their normal attire. I said hello and they said it was going fine but everything was a bit behind schedule. I looked around the room and it was large and the tables were already laid out. I saw Vice Captain Christine and fellow panda Fanta whom they wanted to leave the room to get dressed. I was informed that I should leave that room to welcome our who’s who of the Dragon Boating world. 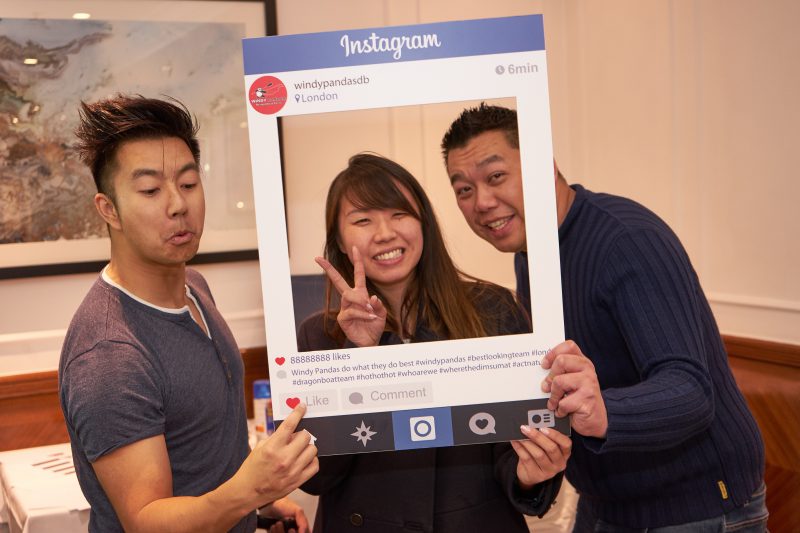 So I went outside and was immediately greeted by some waiters, whom did work there and I grabbed myself some sparkly alcohol. I signed the frames and in walked our Head Coach, Paul, and his plus one (Sorry I couldn’t remember her name). We made small talk and slowly, more people arrived. Time went past and the entire reception area felt busy (and loud). Who’s who of the Dragon Boating world was here. We were the Busby Babes of DB. The Pamela Andersons of Baywatch and for a split second, I felt very lucky to be in that presence. I decided to walk into the main room, which was kept shut deliberately, to find the two male Captains half naked. Before you get the wrong idea when you are reading this, sadly, it was just the top half. 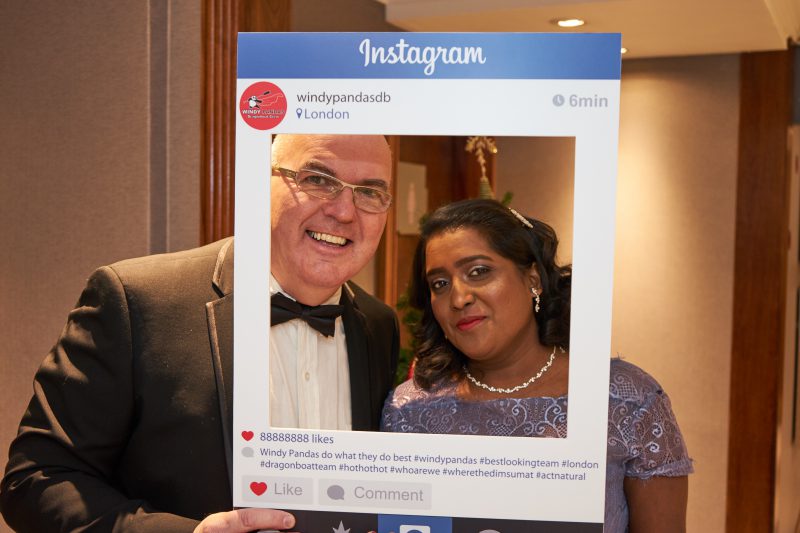 “How are we doing guys?” I asked. “We are getting there” replied Captain Dave. I wasn’t assured but felt that it’s best to leave them to get dressed. I briefly spoke to the best awards DJ in the world. ever. Weng. He is suffering from a particularly strong man flu. He insisted he will be fine and I slowly paced myself a few steps away from him and ended the conversation as quickly as I could. I hope he didn’t notice.

The event was a Masquerade Ball and so we had asked everyone to bring a mask. Almost everyone had brought theirs along and I was impressed with the effort. The doors were opened and the Awards was about to begin….the TV crews were ready, well, Nic. The rest of the night, you’ve probably have seen on TV and gossip magazines. Lots of well-deserved awards were handed out, emotional speeches, good food, games and boat racing of a different kind.  Yes, there was no naked Vo or Dave this year, to the disappoint of the audience, myself including. As I’ve always told them, make them wait, whenever they feel ready, don’t bow down to pressure. Either way, despite being my ninth awards, it felt like it was like my tfirst. So that’s a lie, perhaps my third, it was a real treat to be able to sit back and let the team do what I had envisaged all those years ago. I actually wanted the Savoy but I guess the team needs to make some monies first. 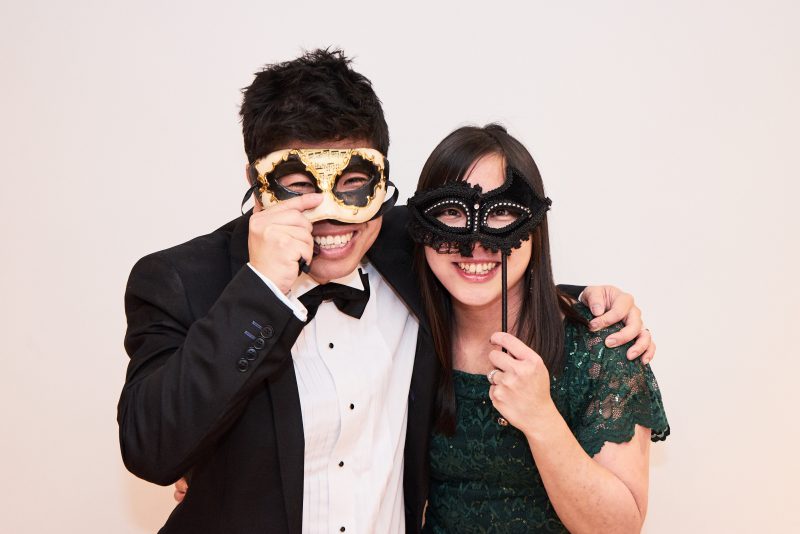 It was announced that Dave and Christine would step down from their Captaincy and in their place Kit would step up to be Captain, and Cheryl Phan would be our Vice Captain. For the very first time, we would only have two Captains. It’s going to be a new year, a new season, new Captains and new members. Whatever 2018 will bring, I am sure I want to be part of the adventure and look forward to what the new season would bring. I would like to thank Dave and Ch ristine for all their hard work over the last two years and wishing the new Captains Kit and Cheryl, the very best of luck. A big thank you on behalf of everyone that helped with the awards and the committee team for making the year sucessful.

Looking back, we have achieved so much after ten years from nothing. We had no coach, no boat, nothing in 2007. Just a group of people wanting to work for each other and have fun along the way. The group may have changed and the club has evolved over the years but I do truly believe, anything is possible. Who knows what we can do over the next ten years?

Wishing everyone a Happy Christmas and an even better New Year with lots of close racing, happy tears, and laughter. 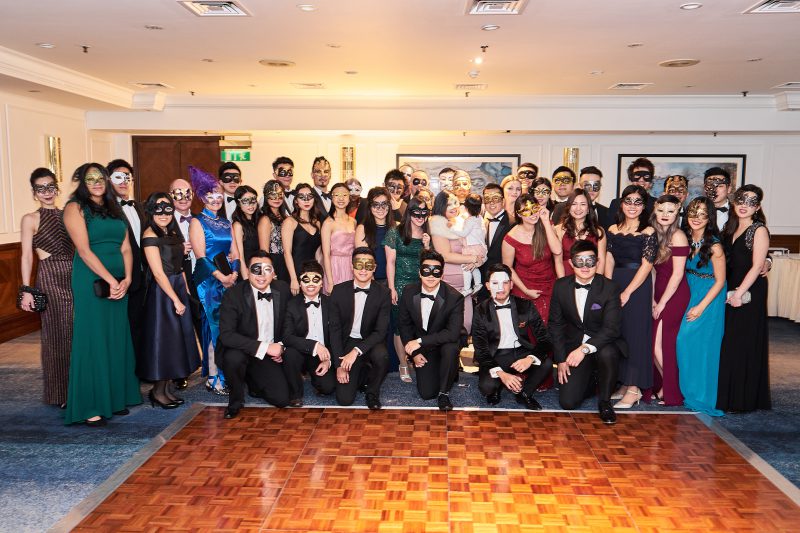 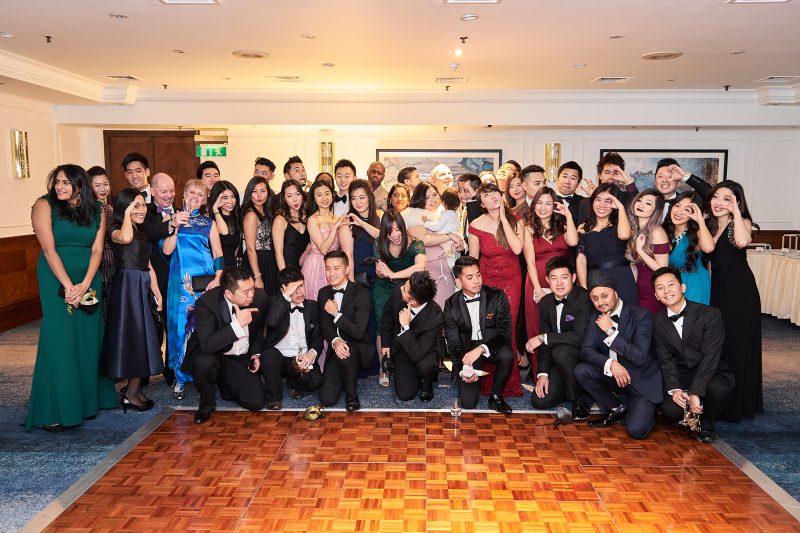 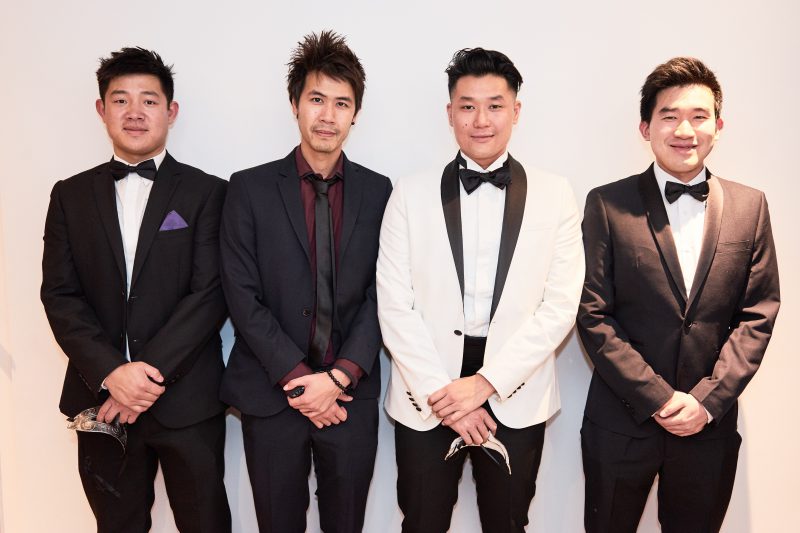 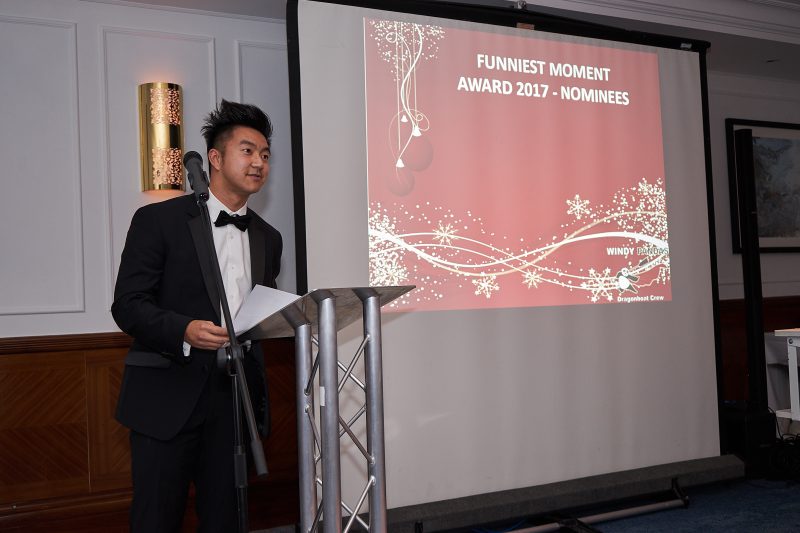 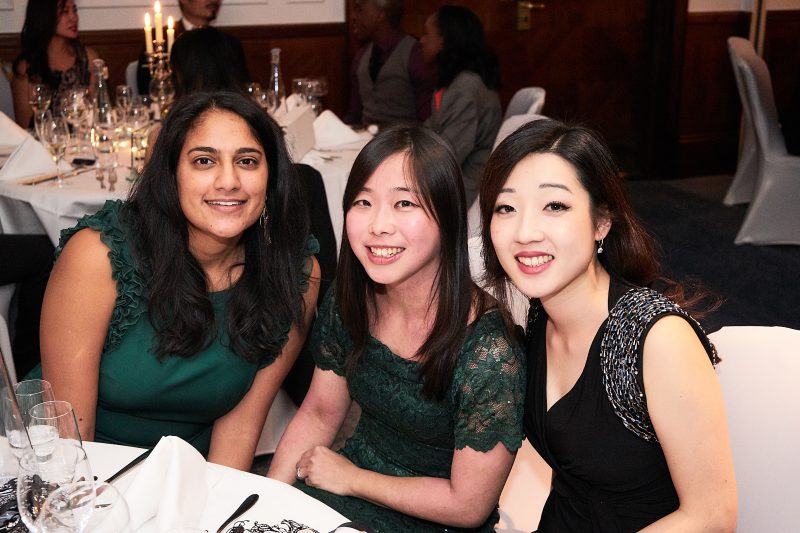 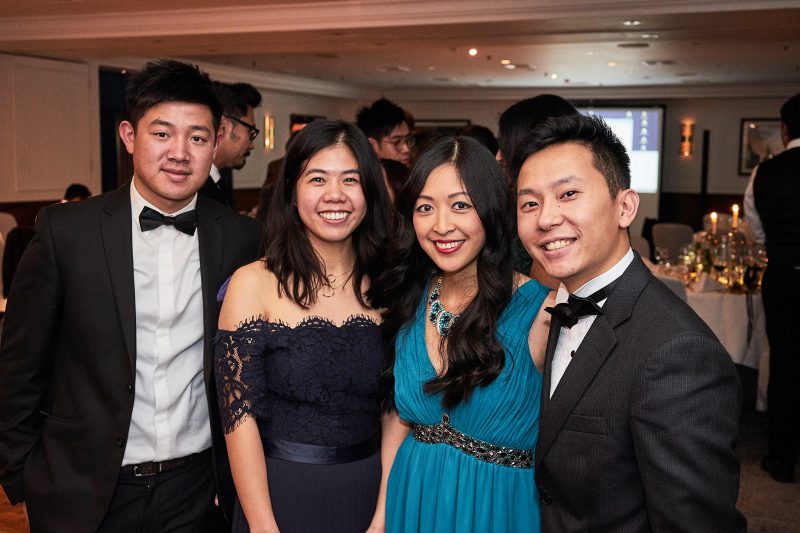 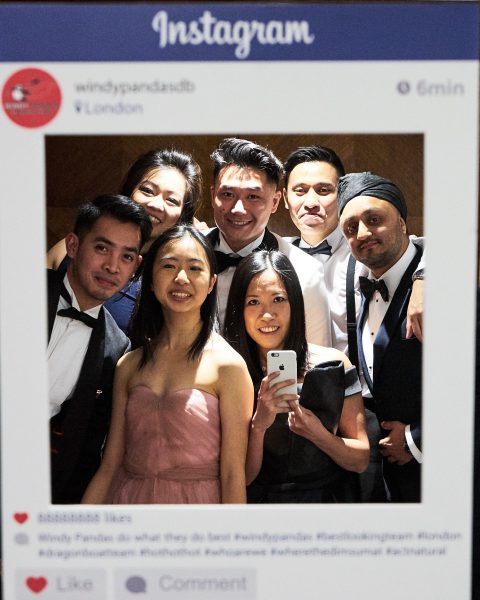 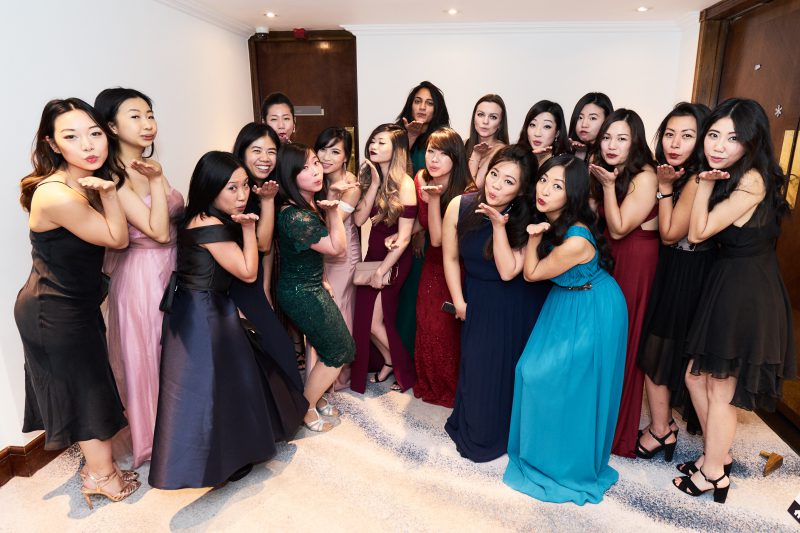 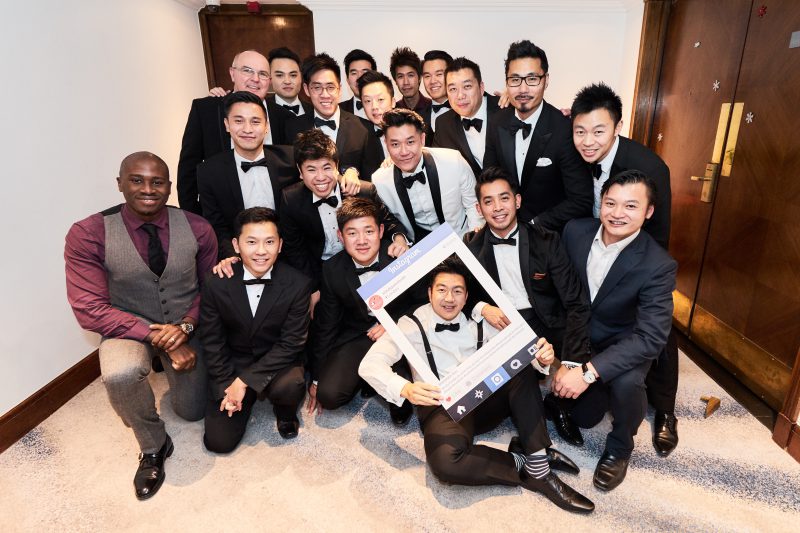